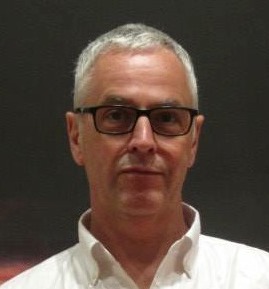 Richard Barrett (born in Swansea in 1959) is internationally active as composer and performer, and also teaches at the Institute of Sonology at the Royal Conservatoire of The Hague and at the Academy for Creative and Performing Arts at the University of Leiden. His work encompasses a range from free improvisation to intricately-notated scores, and from acoustic chamber music to innovative uses of digital technology. It has been performed by orchestras such as the BBC Symphony Orchestra, Deutsches Symphonie-Orchester Berlin and the orchestras of the Bavarian Radio and SWR; ensembles such as Ensemble Modern, Klangforum Wien, Ensemble InterContemporain, L’Itinéraire, London Sinfonietta, Musikfabrik, Cikada, KNM Berlin, Mosaik, Studio6, L’Imaginaire and Champ d’Action; the Arditti, Pellegrini, Diotima and Kairos string quartets; and many leading soloists. Particularly important is his continuing thirty-year collaboration with the Elision Ensemble of Melbourne, which has resulted in several evening-length works as well as numerous others. Ongoing performative collaborations include with Paul Obermayer (in FURT), Evan Parker, and several other improvising ensembles such as SKEIN (with Achim Kaufmann, Frank Gratkowski, Wilbert de Joode and others) and Colophony (with Jon Rose and Meinrad Kneer). Richard Barrett’s principal composition teacher was Peter Wiegold, and he currently resides in Belgrade. His work as composer and performer is documented on over forty CDs, including seven discs devoted to his compositions and nine by FURT. His book Music of Possibility was published by Vision Edition in 2019.

inward
Richard Craig & Pontus Langendorf. Métier, 2012 (MSV28517)
interference
United Music Publishing
We use cookies to ensure you get the best experience on our website. Learn More