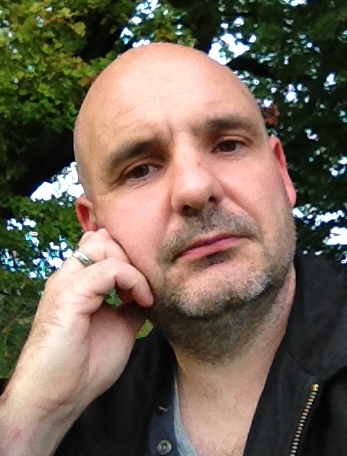 Darren Fellows is one of Britain’s latest generation of composers whose output reveals a broad spectrum from music theatre through orchestral, ensemble and solo pieces to film music.

Born in North Yorkshire in 1975 Darren’s music career developed rapidly, with his works having been broadcast on radio and published by the time he was 17.

His further education took him to Cardiff and London, where he trained at the Royal Welsh College of Music and Drama and studied privately at the Royal Academy of Music.

International publishers such as Schott & Co. Ltd, Warwick Music, Friedrich Hofmeister Musikverlag, Gerard Billaudot Editeur and De Haske have embraced Darren’s work, some of which are listed in exam board syllabi in the UK.

Darren plays an active role in music in Wales, and has been commissioned by local authorities to compose for a wide variety of music projects.  With a CD of his fresh new arrangements of nursery rhymes reaching number 2 in the Amazon children’s album chart, Darren’s music continues to be eclectic and exciting.

His music has been extensively performed in prestigious venues throughout the UK and featured in recitals by the principal trumpeter of the Welsh National Opera.  Internationally, Darren’s work has been performed in France, Japan, Finland and the USA.  A selection of his work has also been featured in master classes in Italy.

Much of Darren’s time is dedicated to music education and focuses his expertise mainly in working with young people, and disadvantaged groups.  He has extensive experience and skills in running workshops for people with learning difficulties or physical disabilities, and is involved in training school teachers to run music workshops through Schott’s education programme.  Darren has also been a visiting speaker for the MA Arts Management course at the Royal Welsh College of Music & Drama.

Darren is now based in Cardiff having established firm roots in the Welsh music community, whilst running a sought after teaching practice and gaining international recognition for his well renowned compositions.

Where Eagles Soar (2012)
Trumpet and piano.
Duration 8'.
United Music Publishing
We use cookies to ensure you get the best experience on our website. Learn More