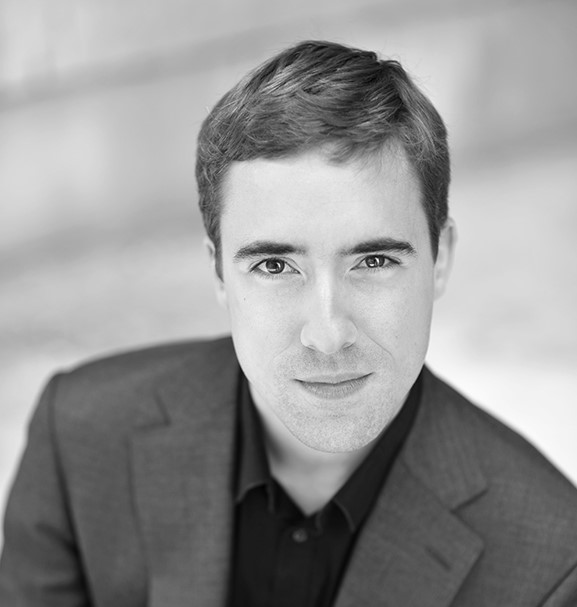 Nicolas Chevereau was born in Paris in 1989. He studied piano with Aldo Ciccolini before entering the Conservatoire National Supérieur de Musique in Paris where he obtained three masters’ in vocal accompaniment (in the class of Anne Le Bozec), instrumental accompaniment (Jean-Frédéric Neuburger) and vocal direction (Erika Guiomar), as well as a musical analysis prize (Michaël Levinas). He has accompanied many singers and obtained several prestigious prizes in international competitions: SACEM Prize at the 9th chamber music competition in Lyon, Mélodie Prize at the 7th Nadia and Lili Boulanger competition, and the prize for best pianist at the 8th French melody competition in Toulouse chaired by Mady Mesplé.

Chevereau has travelled extensively as an accompanist, conductor and concert performer, and has given numerous solo recitals, notably of the complete piano works of Déodat de Séverac and Naji Hakim. He frequently accompanies French song and lieder recitals as well as cabaret shows. He has also played in the premieres of new works such as the “Passion selon Saint Marc” by Michaël Levinas and at the Opéra de Lyon in the premiere of Nicolas Bacri’s “Drei Liebesgesänge”.

As a composer, his work is mainly devoted to vocal music: pieces for voice and piano (on poems by Baudelaire, Verlaine, Ronsard, Eluard, etc.), for voice and orchestra (“Six Love Songs” on poems by Alexandre Najjar, premiered in 2016 by the Lebanese Philharmonic Orchestra and performed at the Palais de l’Elysée during the state visit of the President of the Lebanese Republic to France in September 2017), but also includes instrumental pieces. In 2017, he received the Prize of the Maurice Carême Foundation of Belgium for his setting of “La Lanterne Magique”. He also won First Prize at the Léopold Bellan International Composition Competition in 2014. His songs have been taught and performed in prestigious academies, notably at the Mozarteum in Salzburg and at the Poulenc Academy in France. In 2020, he received the medal of honor from the city of Perpignan.

Chevereau’s discography includes the complete piano works of Naji Hakim (Rejoyce, 2014), a CD of songs by Reynaldo Hahn and Léon Delafosse with the soprano Clémentine Decouture (Passavant, 2015) as well as a disc of songs and melodramas with baritone François Le Roux (Passavant, 2019).