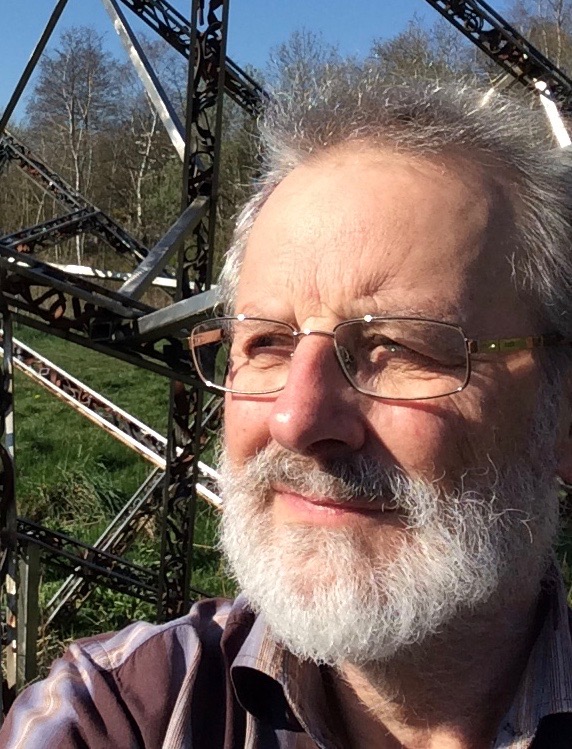 Geoffrey Poole’s public career was launched with The King’s Singers’ Wigmore Hall premiere of his neo-medieval vocal sextet, Wymondham Chants, in 1971. This remains an international repertoire work. A series of commissions and broadcasts followed, with Visions for Orchestra (broadcast 1976) greeted by Paul Griffiths at its 1986 RLPO deuxieme as “a rare experience of direct encounter with a living sensibility…. strikingly true to its age, it is so individual a work that it held its own alongside Delius’s Brigg Fair and even the Walton (Belshazzar’s Feast).”

The following decade saw Poole’s attention turn to dance and theatre work, and to our experience as citizens of an interconnected world.  His well-received (broadcast and recorded) works of the 1980s, such as Ten for piano, and the first two string quartets, are inspired by familiarity and close study of specific African and Indian cultures. Indeed his popular a cappella item Imerina (not broadcast until 2018, BBC Singers) was composed for his students during a two-year residence in Nairobi, Kenya (on local pay), integrating with indigenous friends, making fieldtrips and learning elements of Akamba drumming.

Re-established in England, after a thoughtful creative silence, Poole was bursting with fresh ideas. He was awarded the inaugural BCMG commission (The Magnification of the Virgin), and his widely performed Sailing with Archangels was heralded as a seminal work in the resurgence of the Wind Orchestra medium. The BBC Philharmonic broadcast his 65-minute 200-performer festival of love, life and death Blackbird (- the composer considers it his Gerontius) in 1994. Meanwhile the intercultural impulse had attained unique expression in the Manchester Focus 1991 Festival’s commission to collaborate with Ghanean master-drummer Kwesi Asare. This dramatic 7-movement work – Two-Way Talking for drummer and five ensembles went on to become the centre-piece of New MusicICA’s Poole Portrait concert in 1993 under the composer’s baton (and again for Radio 3), and was reviewed as “finding common cause in the unfamiliar… with a skill and originality that reinforced the point. At times breathtaking in its synthesis, and all done quite untouristico.” MusicICA also commissioned the mixed quartet Septembral, which later received many fine performances from Gemini and is the title of his admired CD on Metier label. The American premiere suggested to The Boston Globe “the equivalent of a gorgeous set of Whistler nocturnes… misty purplish dark… elsewhere tense, dense, bluesy, tending to riot and dissolution… effective it definitely was.”

Several other well regarded and recorded works date from the 90s, notably the Goldberg Ensemble’s recordings of Crossing Ohashi Bridge and Qigong but personal factors (including his wife’s chronic illness) persuaded him to resign from his post as Reader in Composition and take a similar post (later Professor) at Bristol University. There he worked from 2001-9, thoroughly modernising the composition curriculum, also directing Music and Film studies. His reputation and ideas attracted many overseas composers, with whom he enjoys enduring friendships. However, no longer in the swim of Manchester’s new-music scene, including RNCM, Hallé Orchestra, or the Lindsays (who had commissioned three well-acclaimed quartets and the piano quintet Harmonice Mundi, later revived under the RPO/BBC Encore Scheme), it was unclear what options were available once his piano concerto Lucifer was completed. Lucifer is a wry jazz-idiom take on the explosion of the millennial dream into the actuality of crassness and fresh bouts of Anglophone imperialist violence. BBC Music Magazine greeted Philip Mead’s 5-star NMC recording as “musical theatre bristling with everything from a portentously Messiaenic Ezekiel to the louche landscapes of New Babylon, from a coruscating tango for Adam and Eve to the plainsong Dies Irae. This is uncomfortable music, sometimes squirming in its own skin, its dark comedy capable of laughing with as well as at.”

Turning attention inwards, Poole now embarked on a series of musical miniatures based on the ancient Chinese catalogue of perpetual change, I Ching. Its 64 hexagrams were given musical character-portraits in a series of 14 books for piano, composed between 2001 and 2018. Meanwhile his concerto for Javanese Gamelan concerto and orchestra, Swans Reflecting Elephants (composed during a Visiting Fellowship at Princeton USA in 1997/8) became the title and centrepiece of a BBC Maida Vale Intercultural Week in 2004, culminating in two performances and a broadcast. The BBC Singers commissioned a 40-minute festival of vocality named The Colour of My Song, premiered and broadcast in 2006. According to the conductor James Morgan, in his recorded pre-concert introduction, “the Poole is more successful than the Berio…..!”

The death of his wife (composer Beth Wiseman) in 2007, after a 14-year battle, ushered in a more reticent style, exquisitely formulated in the miniature Yeats songs After Long Silence. Geoff left his professorial chair and moved to the Cotswolds, finding time there to revive his early skills as a professional pianist and collaborative musician. There are still major works, such as the orchestral Shumei,Shumei (these words being the refrain of a traditional song he heard on the starlit beach of the Japanese island of Hachijo-jima, while the score is infused with the terror of the 2011 tsunami) but these are interspersed with amateur and community projects. Some are quite tonal and amusing such as The Hallowe’en Hag, gifted to The Painswick Singers for whom he served as accompanist, while Angels Also Die explores the echoing acoustic of a holy space, in memoriam Jonathan Harvey. He has also recorded or premiered numerous piano and chamber works composed by former pupils and music colleagues.

Poole’s current performing partners include, most notably, the celebrated violinist Madeleine Mitchell, whose Violin Muse CD (Divine Art) opens with the duo version of the Rhapsody written for her in 2016. Peter Byrom Smith in SOUNDS magazine admired its “sections of beauty, contrasted by intensity, which at times is almost overwhelming. A truly inspired work”. The orchestral version (which sensitively deploys a traditional Brahmsian line-up) has flourished in amateur performances, but has yet to be performed professionally. At the time of writing (2019) the composer is performing the 160-minute I Ching series for Prima Facie.

At 70, Poole continues his wide-ranging musical quest. Rooted, as the Arts ultimately are, in the complexities of the human condition, it is a quest that has seldom if ever coincided with fashion. Yet, as many musicians and critics have suggested, his 100 opuses have proved consistently individual, surprising, authentic, enduring, and captivating to the ear.

The Beauty of Flames; The Family; Ornament; The Patience of a Saint; Zenith; The Perfect Order; Revolution; Union of Men; Scarlet Valleys

Resonance; Peeling Off; Coordination; Contemplation; Procession (with Elephants); Nowhere Else To Go; Sunrise; Drawing Together

Watching for Rain; The Meek Shall Inherit; Concord; Still No Rain?; The Commander; When You Got It All; Cloudburst; The Dragon's Breath

Great Start...; Lagoon; Tarn at Noon; An Ingenious System of Channels and Sluices; Sailing The Broads; Tread So So Softly; The Tricked Bride; Reconciled